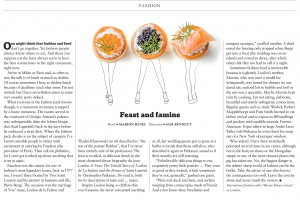 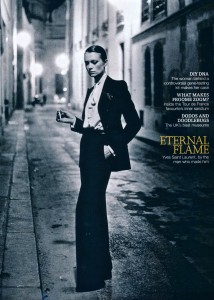 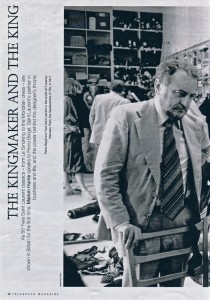 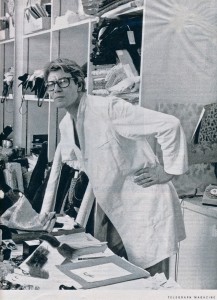 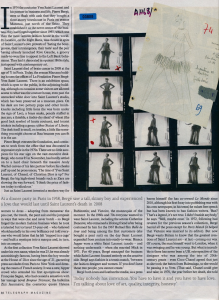 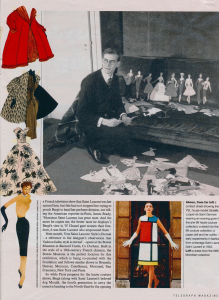 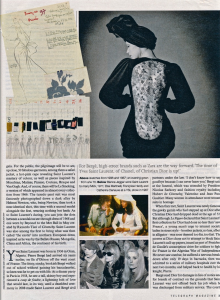 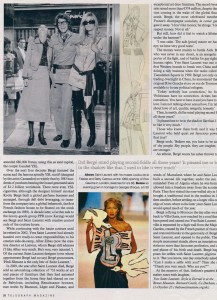 A guide to the 1970s
Think the Seventies was all about the maxi-dress? Think again. From slick pantsuits to the delicate crepe dresses of Yves Saint Laurent, via the punky pins of rockers’ garbs, this diverse decade has influenced a roll-call of designers for autumn.
BY MARION HUME | 05 OCTOBER 2010
Why are Seventies styles all over the stores right now and, judging by the current round of catwalk shows, staying around next season? Given the original styles were so diverse, there is no short answer. But try these explanations for starters.

Silhouettes and soundtracks
It’s easier to spell out the vast range of looks through sounds of the Seventies. Think Isaac Hayes’s theme from Shaft ; now think Slade; now the Jackson Five; Abba; Rod Stewart; and Bob Marley. If you are old enough, was it Ziggy Stardust segueing into The Sex Pistols for you? Or David Cassidy to Bruce Springsteen? T-Rex to the Jam? Cher’s Gypsys, Tramps and Thieves to The Hustle ?
“The fundamental difference now is the focus on luxe,” says Bridget Cosgrave, fashion director of Matches. Her Seventies memory? “My mother wafting around in silk kaftans to Donna Summer’s I Feel Love .”

It’s all about your mother
The most influential collection of the Seventies – and as important now – was Yves Saint Laurent’s reinvention of memories of his mother, Lucienne, in the cr&#xEA;pe dresses, palazzo pantsuits and platform sandals she wore in the Algerian sun when he was a boy in the Forties. Unfortunately, those styles reminded fashion scribes at his 1971 show of the Nazi occupation of Paris. But just as the old guard hated the collection, the young, like Paloma Picasso, adored it. Those silhouettes were worn by Linda McCartney, the late mother of Stella McCartney, who is in turn now influenced by her mother. As is Phoebe Philo by hers.
“It’s striking how a crop of principally British, thirtysomething designers are re-exploring the easy, chic clothing their mothers once wore,” says Penny Martin, editor-in-chief of the trendy magazine, The Gentlewoman . “Several of them – Phoebe Philo at C&#xE9;line and Stella McCartney, for instance – are now working mothers themselves and recognise the need for clothes that don’t make them look idiotic. The palette – caramels, flesh tones, pragmatic black and white – as well as generous silhouettes inspire confidence and warmth in those wearing them. Women genuinely look and feel great in these clothes.”

Teenage kicks
Many designers were teenagers in the Seventies, and you never forget your first fashion love. A 17-year-old Tom Ford moved to New York City just as Halston was at his height. At Ford’s womenswear comeback this September, “the ambience of the showing was pure Halston,” says Kate Betts, contributing editor to Time .
Marc Jacobs was familiar with the best designs of the Seventies; aged 15, he started working at Charivari, then Manhattan’s most cutting-edge boutique. Meanwhile, Stefano Gabbana was yearning to afford more than just the stickers at Milan’s Fiorucci. Albert Kriemler now helms his family’s label, Akris. When he was a teen, his father was producing clothes for the ultimate Seventies label, Ted Lapidus – clothes which influence the slim silhouettes in mustard and burgundy in Kriemler’s collections today.
First love never dies for the shopper, too. In 1976, Mimma Viglezio looked so great in her Lee Cooper burgundy corduroy flares, she won the “Miss Arse” competition at her Swiss high school. “It really was called that,” insists the former executive vice-president of Gucci Group, who is now a leading luxury world consultant, adding, “I still love high-waisted flares. When you are not 16 any more and your tummy is not quite so flat, a high waist is more flattering than risking a muffin top!”

Punk
Karen Walker, the designer, was in Auckland rather than New York when CBGB and Studio 54 were at their zenith. “But I love the Seventies as the last age of underground hedonism,” she says. Although the influence of punk has been enormous – there were studs, leather and zips at Balmain last week, set against the sound of Sid Vicious doing My Way – it was a fashion blip at the time. In 1977, Zandra Rhodes somehow made safety pins sweet, but real punks wore Millets and DIY, which is why the rare few who could afford Westwood/McClaren items have since sold them for a fortune.

The thrill of the old
It was in the Seventies that fashion’s looking-backward-to-go-forward dynamic kicked off. In 1971, Cecil Beaton curated an exhibition at the V&amp;A called Fashion, An Anthology , which celebrated styles of previous decades and had the knock-on effect of making wearing vintage smart.
“Today, dealers charge up to &#xA3;100 for rare and beautiful clothes in perfect condition,” wrote a surprised Georgina Howell in 1975. “Now, in London, you can find a whole range of fashion within a stone’s throw – tweedy, ethnic, Hollywood, classic, glamorous, executive, nostalgic…” Should you be in search of Seventies originals, you’re too late; designer scouts long ago scooped up “inspirational” YSL pie-crust cuff satin blouses. Look for lesser-known labels such as Stephen Burrows or bang-on-the-ethnic-trend Mexicana – Princess Anne packed a Mexicana gown for her 1973 honeymoon.

Celluloid heroines
So to answer how to get the look, well, which look exactly? To narrow it down, you could rent the right films. Everything Julie Christie wears in Don’t Look Now (1973) looks right. Roman Polanski’s Chinatown (1974), although set in 1937, features Faye Dunaway looking very C&#xE9;line. If you want a Gallic twist, try the early work of French actress Dominique Sanda.
Then there is Lauren Hutton, who began the Seventies as the multi-million-dollar model girl next door, and ended it looking as if she was about to be crushed by the hard-edged Eighties. American Gigolo (made in 1978, released in 1980) is best remembered because Richard Gere’s wardrobe kick-started Giorgio Armani’s dominance in menswear, but it’s Hutton’s flicky hair, blouses and leg-elongating nude mules that are so very now.