*That’s Powerland, the Chinese answer to Prada. Never heard of it? You soon will have, along with a host of other super-brands now being hatched in the world’s emerging economies. Report by MARION HUME

At the Paris shows in October, the hot rumour was of a meeting between Anna and Uma. While ‘Anna’ does indeed refer to the editor of American Vogue, the Uma in question is a Shanghainese designer who fashion insiders believe is on target to achieve international acclaim.

Uma Wang’s creations are sophisticated and chic; in style more Belgian than any cliché of what one might consider Chinese. As word circulated that ‘Vogue is doing a piece,’ everyone checked out the buzz. ‘Thanks for the tip off!’ one retailer texted me after I directed her to Wang’s tiny, temporary showroom. ‘Love it. Brought it. Uma is a star!!!!!!’

Just as Western luxury brands colonise and coin it in China, it is inevitable that Chinese companies will want to do the same right back. While some might currently be lacking in savoir faire, whatthose with big ambitions won’t lack is money; Beijing and Shanghai are backed with newly minted billionaires looking for glamorous investment opportunities.

The French and the Italians of course just shrug at all this. For what Chinese brand can realistically give a grand marquee with 50, 100, 150-lus years behind it a run for it’s money? But those much-vaunted years do somewhat depend on how you count. Sometimes the moniker ‘luxury brand’ really translates as ‘company able to flog mountains of pricy handbags with some other stuff on the side’. While Louis Vuitton has indeed an artisanal heritage arcing back to 1854, it is in trunk-making for which construction techniques could ‘hold their own on avenue Montaigne’, thanks to ‘a long history of exquisite craftsmanship, a wealth of beautiful stones, an emotional relationship with fold, and the talent to design and create ornaments with a very distinct identity’. She also points out the popularity of the jewellery brand Amrapali among American celebrities. The actress Sandra Bullock and Jada Pinkett-Smith, and the singer Rihanna, have all worn pieces on the red carpet this year.

Sheetal Mafatlal, a Paris front-row fixture who introduced the Valentino label to Mumbai, also insists that local jewellers such as TBZ are the best anywhere, but cautions that their strengths lie not in the global brand reach but in their spectacular bespoke offerings.

Shweta Shiware is the former fashion editor of Mid Day (India’s afternoon newspaper with a circulation of five million.) She explains that designerwear is synonymous with bridalwear in India because that’s where people spend money. ‘Bridal masters like Tarun Tahiliani and Manish Malhotra control the market in a far tighter grip than any international luxury brands can hope to’. Of course, among the Indian diaspora, top sari labels are already international brands. Manish Malhotra is known as the Cavalli of Mumbai, while creations by TT (as Tarun Tahiliani is known) are accessorised with Bottega Veneta clutches and Louboutin heels at all the best Bollywood parties. To woo India, Hermes now offers its famous scarves expanded to sari size. Expect others to copy that idea.

Brazilian brands have already made some serious headway. Fernanda Paronetto, head of corporate marketing for the Brazilian operation of the concierge company Quintessentially, has a hot-list of local brands-gone-global at her fingertips. There’s the jeweller H Stern, with 165 stones in 12 countries; the fashion designer Carlos Miele- who has shown at New York Fashion Week since 2002 and is worn by mega-stars such as Jennifer Lopez Beyonce. Alexandre Herchovitch is another Brazilian designer, who is currently big in Japan. For shoes, Alexandre Birman is known as the Brazilian Manolo Blanhik and is a hit both on net-a-porter.com and the red carpet. The lingerie label Rosa Cha is Brazil’s answer to La Perla, Osklen is the South American Polo Ralph Lauren and there’s the model Gisele Bundchen’s favourite Havaianas – the flip-flops that wouldn’t be considered luxurious except that every female Oscar nominee gets given a pair. ‘And don’t forget Jack Vartanian,’ adds Paronetto. ‘Nowadays his jewels are worn by Demi Moore and Kate Hudson.’

With many an economist’s eye on South Korea’s emerging economy, if the name Lie Sang Bong is not yet familiar to you, it should become so. The McQueen of Korea has been showing at Paris fashion week for almost a decade, and is the most prominent designer in his home country, dressing the first lady and collaborating on design projects as wide ranging as home décor, cigarettes and computing (the Lie Sang Bong limited edition mobile phone is a highly desirable piece of kit). ‘And Lady Gaga loves him!’ adds the Seoul-based interior designer Rea Kim.

Such is Korea’s success that it has threatened to budge Russia out of its own acronym, with some economists vaunting a change from BRIC, the acronym for the emerging economies of Brazil, Russia, India and China, to BRICK. In fact, as far as new local luxury brands are concerned, the Russian’s don’t seem to be son interested. The designer Valentin Yudashkin has been showing at Paris Fashion Week for decades and is the only Russian designer to be honoured with membership of the city’s Syndicate of High Fashion. But his brand is still not one with global recognition.

Carine Roitfeld, the former editor of Paris Vogue who has Russian blood, is a supporter of Yudashkin, and she also has a hand in the revival of the Russian jewellery house Faberge. Faberge thrived from 1842 until the 1927 revolution ad is famous for its exquisite bejewelled eggs (valued at about £12 million each). The Brand, now owned by the London-based consortium Pallinghurst Resources, is no longer based in Russia, and is returning to London and New York with new stores. The flagship stores is in Geneva rather than St Petersburg these days and the brand’s creative director, Katharina Flohr, isn’t Russian, but the talented designer Natalia Shugaeva is. And what could be more Russian than a history full of opulence, tragedy and exile?

Of all local brands that could take on luxury giants, the wise woman might place her quilted gold, pave gem-set jewelled chips on Faberge.. 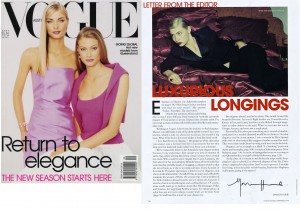 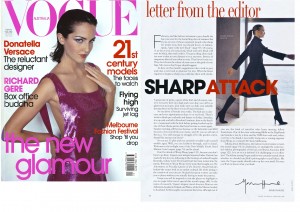 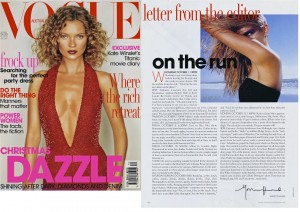 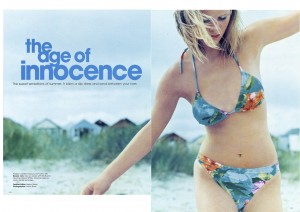 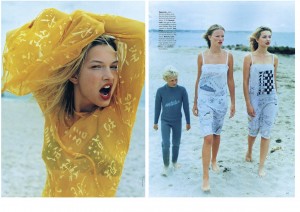 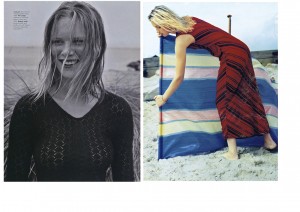 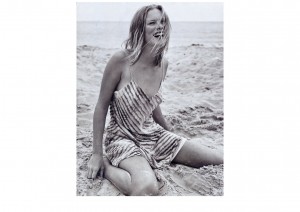