With pop promos, movies and exercise videos, Cindy Crawford redefined ‘supermodel’. But it is her enduring looks, professionalism and Midwest manners that have made her a superstar in front of the camera for more than a quarter of a century.

Cindy was never like the other supermodels, although she was certainly super. She never blended in- and not just because of that mole; she never was an all- change chameleon. She was always Cindy and that could be very disconcerting.

You’d be sitting at a show, tapping along to the music (because they played such fun music, and each track all the way through, back in the Nineties) and you’d be caught up in the designer’s vision of wherever he was trying to transport you to.

And then came Cindy. She would storm out of the wings and those black eyes would seem to lock on you like a heat-seeking missile.

Cindy was, then, like no other. She wouldn’t wear high necks (not Cindy). I can’t recall her wearing trousers (well, maybe once, at Armani). She was all woman; none of that striding through life purposefully in flat shoes. this girl was in a heel or else she was in sneakers, running like the wind.

It’s hard to imagine now that something as naff as an exercise video could be exciting, but when Cindy first did them, to fashion people, they were thrilling. We brought them, even though we knew in our heart of hearts we’d never get round to doing those squats. Who buys calendars in an age when everything is on our iPhone? But then, everyone, male and female, brought Cindy’s. She posed for Playboy and, rather than thinking it was unspeakable, we thought it was cool.

What wasn’t cool was Fair Game. a truly dreadful 1995 movie in which she played a lawyer, but a lawyer who always seemed to dress with a white vest between her shirt and her bra, all the easier to strip off the former and dive into a harbour aflame with burning oil.

Cindy, of course, recovered magnificently and kept on running. She’d been married to Richard Gere, posed with him on the cover of US Vogue and then the pair had defended their marriage with a full-page ad in The Times, but they still broke up.  However, that both have found enduring partnerships since, and have never been rude about each other, doubtless says much about each of them as well-rounded real people as well as celebrities. And hell, while the relationship lasted, they were hot.

I think Cindy and I see the cover of Vanity Fair when, famously she’s in a swimsuit and heels pretending to shave the face of KD Lang. Or she’s emerging like Venus out of a shell. There are all those Helmut Newton images. What Cindy had, perhaps uniquely, was a sizzling appeal  to men while girls absolutely adored her too, even though any fool could work out that, no matter how many lunges we did in time to her video, we could never look like her. And then there was the ‘Freedom’ video for George Michael. The excitement was palpable.

Yet while she became and remains unique, Cindy started as ‘the cut-price version’ of another girl. (Fashion is, was and always will be cruel to the young fillies entering the parade ring.) She was first known as ‘Baby Gia’, after Gia Carangi, who broke the blonde mould with her sultry, dark looks but became known for leaving fashion shoots early via the bathroom window in hot pursuit of her drug dealer. ‘Baby Gia’ turned out to be not cut-price at all but a class act.

Cindy Crawford’s reputation, from day one, as for the solid Midwestern values she has brought with her from DeKalb, Illinois (known pre-Cindy as the ‘home of barbed wire’).  She turned up on time, well-groomed and well-spoken. But she also took control. She was known for expecting- and quite a reasonable expectation this- that shoots might also end on time, given she was always professional and expected to work, be paid and get on with her life.

That she had endured should be no surprise to anyone. She was born with good bones and she’s worked hard for those good glutes. What I recall is her manners. I was working with a film crew backstage when a phalanx of ‘Cindy and Richard’ security swept through so fast, they knocked me off my feet and into a rail of eveningwear. ‘Oh!’ came a voice belonging to the very famous Ms Crawford. ‘Stop! Is she ok? Are you ok?’ I was, 25m of tulle being terrific cushioning for a fall.

God may have created Cynthia Ann Crawford, but manners maketh the woman, I say. 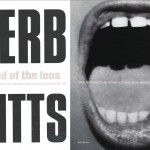 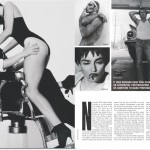 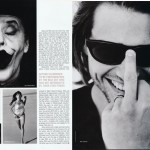 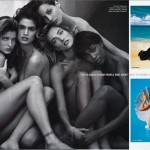 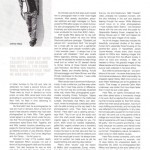 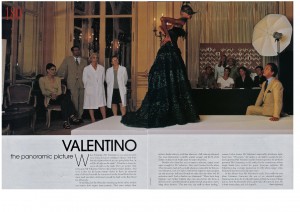 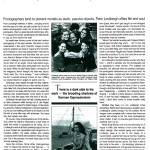 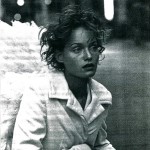 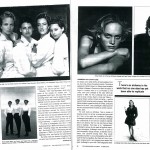