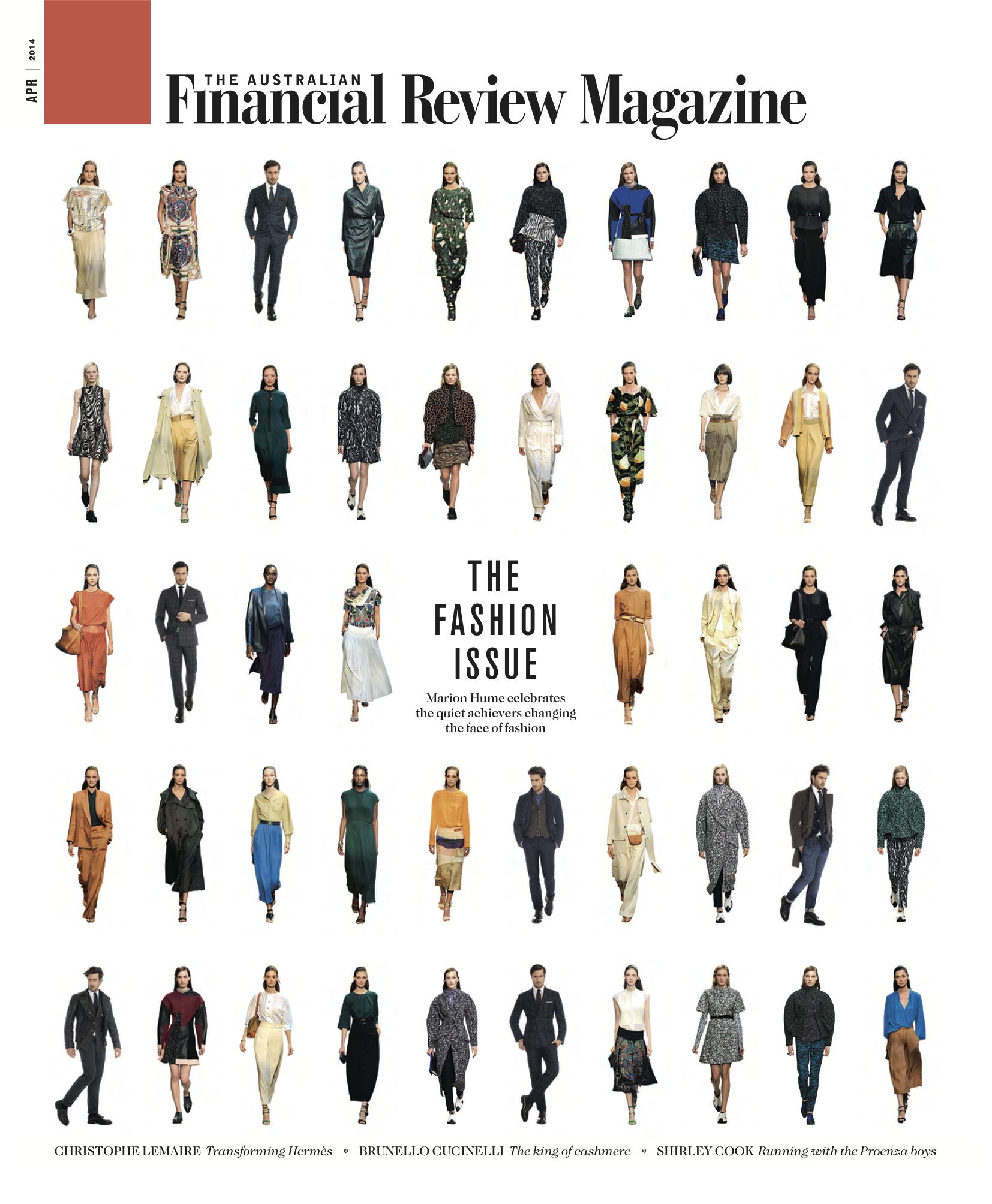 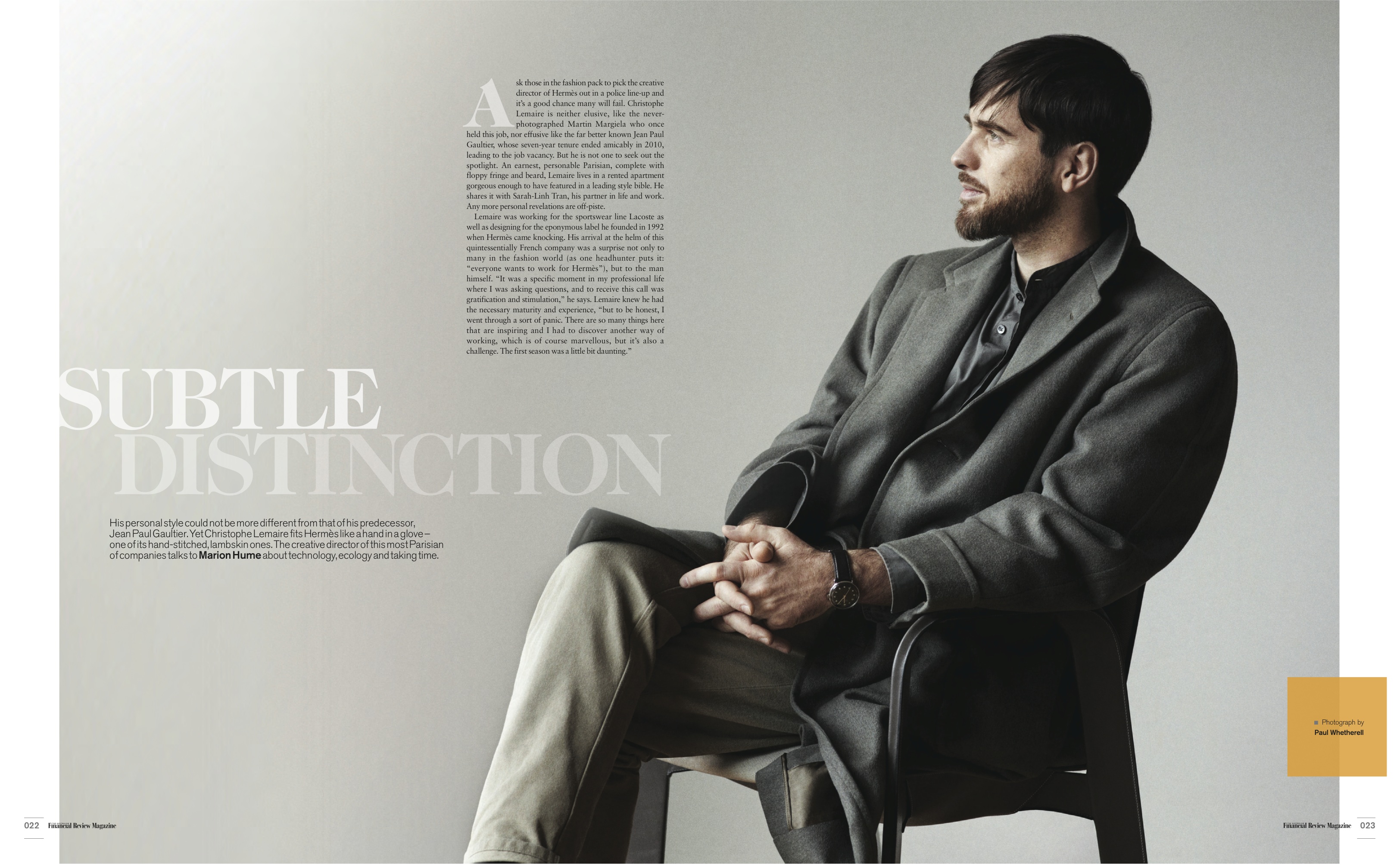 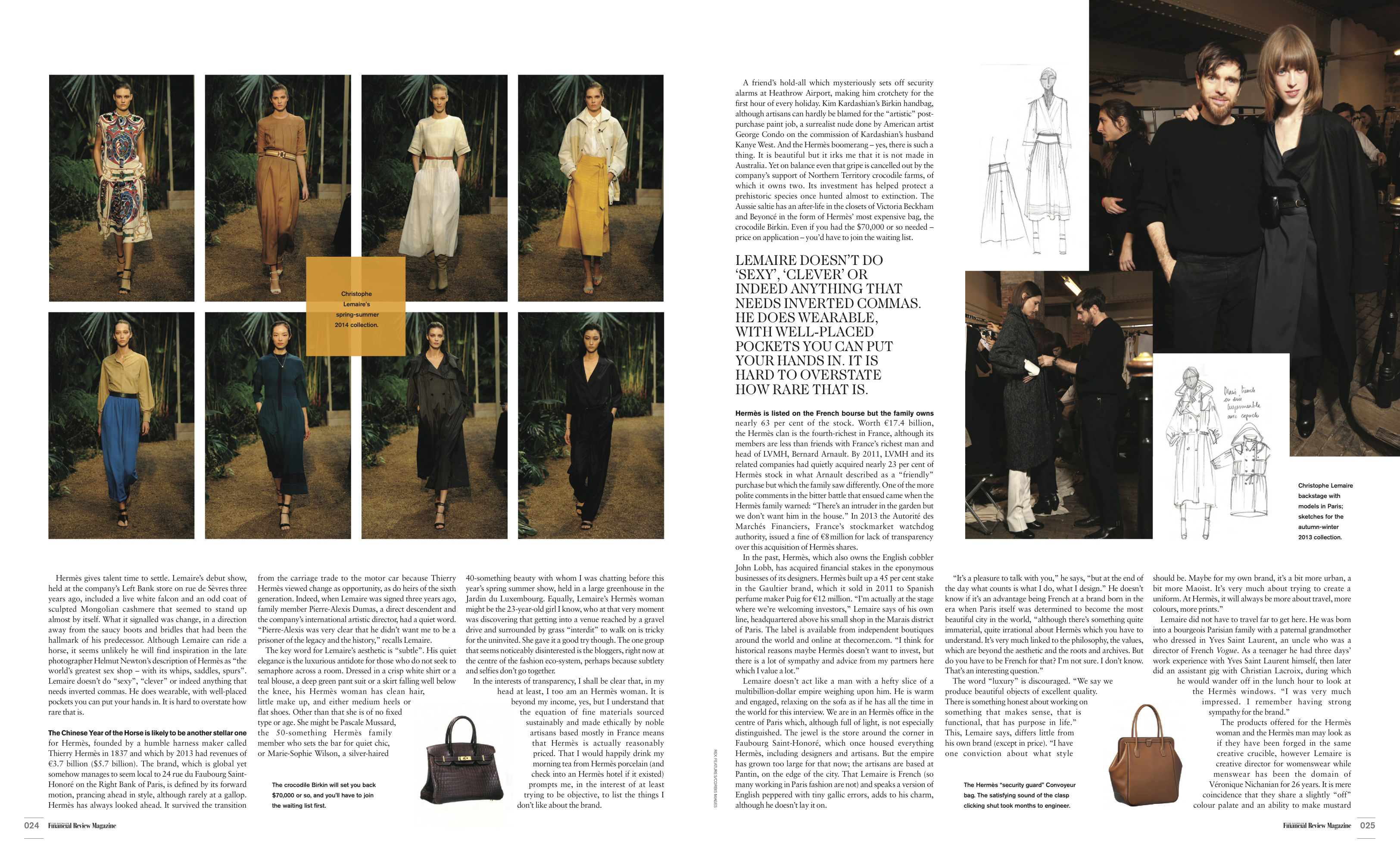 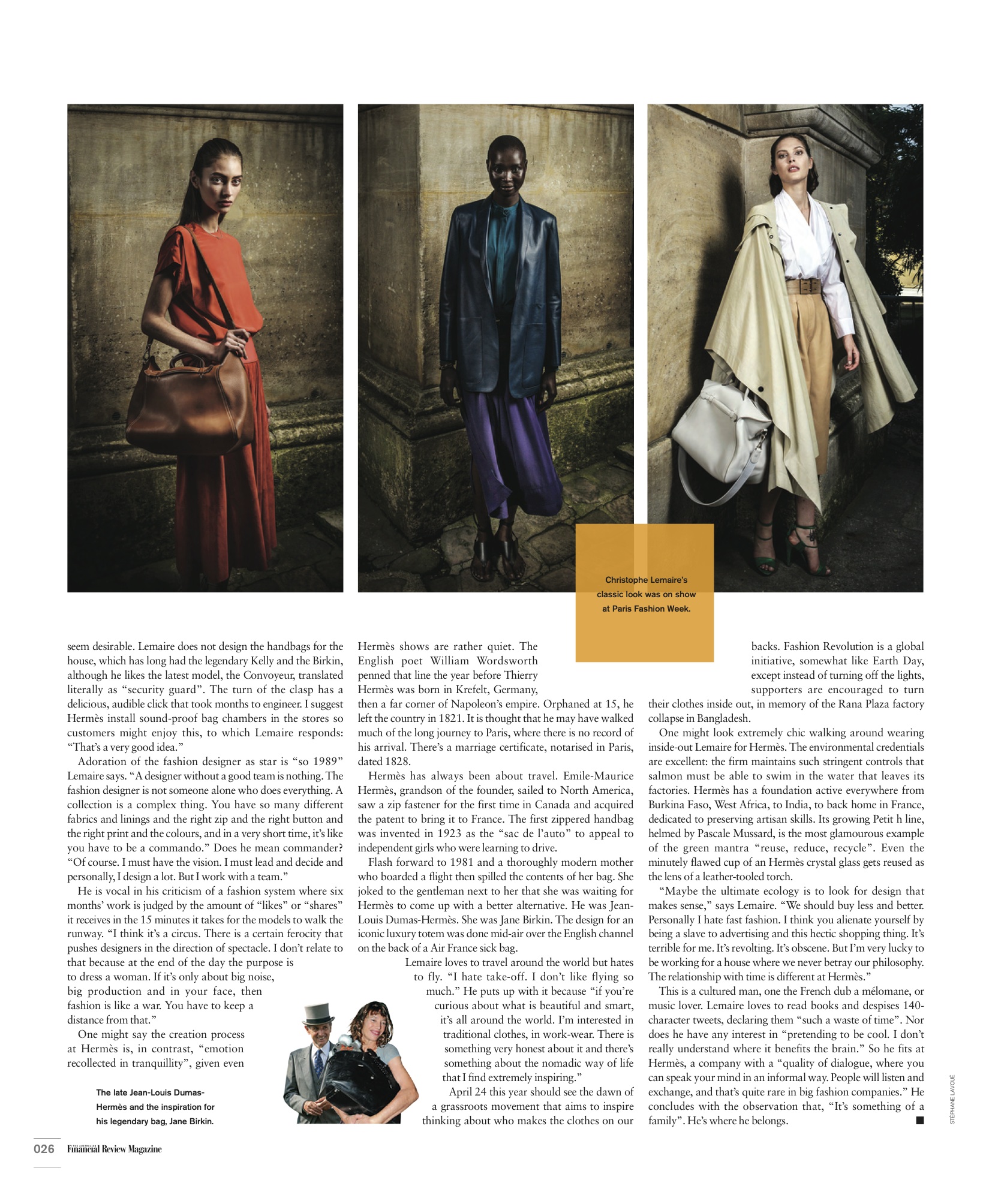 From waste to ‘want one’
By Marion Hume

Can you be both glamorous and good? This was a constant refrain in the fashion world last year, as morality faced off against luxury, ethics against “it bags”. But while it is easy to ask the questions, it’s very hard to arrive at any answers.
What is ethical, anyway? Does it mean purchasing from marginalised communities keen to enter the fashion chain? But what about the carbon footprint? Perhaps it means that a percentage of production is done by those disadvantaged? But is that acceptable or cynical? Is it ethical to buy something that keeps artisans in work when a corrupt government is skimming a percentage off the top? To avoid that, should one shop local? But how far away is that? Help!

With such a swell of greenwash to wade through, it’s easier to buy nothing at all. Yet that’s not the answer either, as it could have a devastating effect on those to whom fashion represents one of the few possible entrees into the world of global trade, as well as on those working much closer to home.
And so, starting now,­ this is our new year resolution: we’re going to take a clear, balanced look at luxury fashion from an ethical standpoint and try to assess how it stacks up, product by product, month by month. No handbag will be perfect but some will be more perfect than others, some will involve acceptable trade-offs and many may surprise you. To begin with, some ground rules:
1. Whatever is featured must be desirable. “Pity purchasing” is pointless if garments end up in landfill, those who made them abandoned by backers.
2. We will analyse products using the “measuring sticks” of the Ethical Fashion Programme of the International Trade Centre (a joint body of the United Nations and the World Trade Organisation, for which I am a consultant) which focus on “People, Profit, Planet”, ie workers’ rights and impact on the environment.
3. The place where an item originates – which is not the same as the “made in” line on the label – does matter. Components often cross countries.
4. The key to ethical behaviour is transparency, but we understand that fashion thrives on the idea of magic and there is a compromise to be reached between the two.
Exhibit A: The Hermès “Petit h” collection, including a leather necklace (€760) secured with a Kelly bag fastening and sporting hooks fashioned from teapot and coffeepot spouts, and a leather deer.
The brainchild of Pascale Mussard, who, as a member of the Hermès family, is both among the richest women in France and a proud skinflint (even as a child, her catch phrase was “ne le jetez pas, cela peut toujours servir” or “don’t throw it out, it might be useful”), Petit h is an occasional collection (from €56) of UPOs (Unidentified Poetic Objects) made by company artisans using materials otherwise rejected in Hermès’ quest for perfection. The dumbbells, for example, are weighted by crystal with little bubbles that for tableware would be unacceptably flawed; the jewellery hangers are perfect porcelain spouts from teapots with some microscopic non-conformity; the jewellery itself is fashioned by a saddler from the leftovers on his bench; and the deer is from Birkin bag offcuts.
Because Hermès is careful to maximise all materials, there is little “waste” to play with, so Petit h collections are rare. The next, launched this spring, is destined for Japan only, so a few lucky Tokyo residents will be able to bask in the warm glow thrown by lamps fashioned from a stack of coffee cups rejected for their slightly wonky handles but brilliantly repurposed.