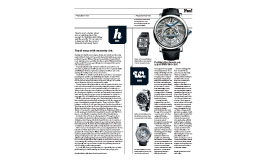 There’s much chatter about how a wedding dress big enough for Westminster Abbey and the world’s TV can also be in keeping with the current make-do-and-mend trend.

Austerity Chic: that’s the term being bandied about to describe a forthcoming royal wedding of which, even if you are the staunchest republican, you cannot be unaware. Wills and Kate are doing a buffet, we hear, but there’s much chatter about how a wedding dress big enough for Westminster Abbey and the world’s TV screens can possibly also be in keeping with the current make-do-and-mend trend.

I’m guessing that the royal couple have advisers they can call on in such circumstances, but they could still learn a trick or two from my friends A&M and N&M, as both these couples have recently scored 100% on the Austerity Chic wedding monitor of my own invention.

I doubt W&K – as I shall henceforth call them, for balance – can manage to pair things back quite the way A&M did; their invitation consisted on him saying “Can you meet me at the Civic Centre on Tuesday morning?” -and there he was on the steps, in the suit he was given 15 years ago when he first came to England and got a job as a silver service waiter.

The ring was his mother’s, the bridal car – this will explain the initials – had been borrowed for a test drive from a swanky dealer, the pictures were taken outside Kenwood, one of London’s grandest wedding venues although we didn’t go in, the champagne was concealed in my handbag and the cake was a pile of meringues bought from a local cafe. As for the dress, it was in shades of oyster and chocolate, chosen by a woman who rarely gets new clothes to be worn again. All in all delightful and in the nicest way, spectacularly cheap.

N&M’s wedding was on a bigger scale. Hundreds packed the church and later, a scruffy music venue which had been transformed with elbow grease and ropes of circus lights into a magical place. The groom’s dad is of Welsh heritage, so we kicked off with cups of tea, rounds of sandwiches and slices of Victoria sponge cake that he and his side of the family had made that morning. Mother-of-the-bride is from Sierra Leone, Mother-of-the.groom from Barbados. I’m prepared to wager that the African & Caribbean buffet they cooked up later, and which the bridesmaids ladled out, will outdo W&Ks for flavour – even with all the organic produce from Prince Charles’ farms.

Another bet I know I’ll win is on the dancing. Posh ‘Hoorays’ tend to be commendably enthusiastic but really bad dancers, in contrast to N&M’s celebration where Granny-of-the-bride cleared the dance floor out of respect when she did her moves wearing flame orange robes, a vivid head scarf and a jaunty fedora hat atop it all. The bride’s dress? Cocktail length and one of those rare ones where you think “she really could dye that and wear it afterwards.”

But how can you do “Austerity Chic” when you are marrying the heir to the heir of the throne?  Kate’s dress has to be sort of grand; companies such as 9th generation silk weavers, Stephen Walters & Sons, keep going in part because of royal trade, but (please) there has to be less of it than there was of Di’s gown. Dyeing and reshaping is not an option for what is, after all, a future historical artifact, but then, that’s austerity points scored for the guarantee of a second life, viewed under glass. Where Kate’s outfit-to-be is all set for maximum points on my Austerity Chic wedding monitor is in the jewels department. After all, the ring A gave M was only second hand. And those royal tiaras get hauled out and remodelled generation after generation.

So overall, W&K may score higher than you might expect, familiar as they are with the Austerity Chic mantra; Reduce, Recycle, Reuse.