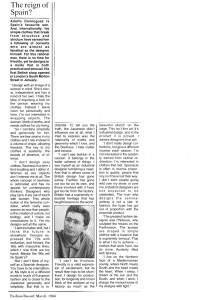 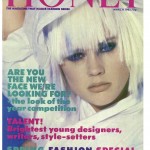 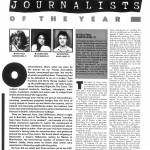 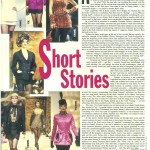 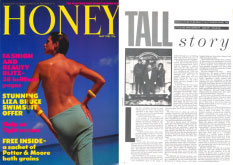 What’s it like to be really tall? Marion Hume, the little girl who grew up-and up-tells all…

Legs first, 24 inches of baby me came kicking into the world. The midwife whooped at the longest baby she’d ever seen, and my poor mum thought she’d had twins end to end.

At six I overtook my older sister, at 11 my mother, at 15 my father and most of mankind. I galumphed my lengthy way though childhood, falling over obstacles way down at my distant feet, and slouched through an adolescence punctured by the sharp blows of door frames against my forehead.

Tragedy struck early- when playground gangsters told me I was too big for the Wendy House. Adults, making the most of their numbered days above me, were even more beastly.

Every little girl (and one larger one) dreamed of dancing in the ballet show. Through weeks of rehearsals my lanky legs and I practiced plies and thundering pirouettes. But Madame Hornchurch wanted diminutive darlings. As elongated ballerina with several left feet would simply wreck the Judy Garland Medley.

She positioned us all carefully and the curtain rose. The pianist struck the opening bars of Somewhere Over The Rainbow and I was somewhere deep in the wings. I looked through tears at bobbing tulle and envied every pair of podgy little legs in the footlights.

A sensible starlet would have retired, but I walked the boards at every Christmas show. I was walk-on shepherd, a walk-on alien and the 40th thief who squatted right though the panto in a cardboard pot. Little big sister meanwhile skipped in the limelight year after year in spangly halter-necks and hotpants, wowing the boys. As I slopped about in a fur fabric beard, the boys thought I was one of them.

I guessed that the way to get boys was to get trendy. Mum hinted that platforms were un-wise, so I rebelliously got a pair the height of housebricks. Sadly, I couldn’t get any flares long enough to cover them, though the length of my legs encouraged salesmen to brandish tape measures in the direction of my inner thigh. My gear was completed with a cap-sleeved t-shirt and a tatty Yankee baseball cap. A few smears of pearly eye/cheek/lip gloss and I was off to the village disco.

My head was so taken up with my stompin’ routine for Late December Back In ’63 that I forgot about the height of it. As any mater giggled in and headed off to the loos, baseball cap and I hit the top of the door and sent me into casualty.

Not that I missed much. On Saturday nighs the lads flaunted teenage machismo by pulling my friends and leaving me dancing round my clutch-bag. I spent the slow smooch slot playing at ‘mash the ash with a match’ and ‘flick the ring at the can’. When boys did cross the heaving throng to ask me if I wanted to dance, the sight of my unfolding form convinced them that they didn’t.

For five-foot friends, I’m Not In Love may well provoke wistful memories of hunkey sholders under wall-to-wall lapels. It provokes in me a wave of nausea. One bar of It You Leave Me Now and I have to leave the room. Those nights of fumbling debauchery-while-you-danced thankfully finished with my teens. Yet even now the hint of a slowing tempo makes me flee the floor..

It’s definitely not all roses up here-not round cottage doors anyway. Rural dreams get a unanimous ‘no way’ from brain cells threatened by Tudor beams. And when knights dismount from their chargers they only come up to my chin.

The world is full of smaller men and most of them seem to be possessed of an inane desire to comment on my height just incase I haven’t noticed. I have noticed-I have been painfully reminded of it quite often enough not to need the comments of small men with threatened egos.

My first romance was short…about four-foot-two. We spent a whole evening shouting over the throbbing tunes of my teens before he asked if he could walk me home. Spending a whole evening with anyone then was tantamount to getting engaged, so I agreed. Maybe my dash to the loo in the slow dance slot was so swift that he didn’t see the legs that accomplished it; maybe I stepped inadvertently into some handy trench that ended only yards from my door. Whatever, Tim and I didn’t realise that his name was prefaced by ‘Tiny’ until in full view of the street we kissed.

As he took me in his manly arms his nose hit my rib cage. If i’d had a cleavage it might have softened the blow for him. To me it was nearly mortal. I rushed inside, screaming to Mum that it was all her fault for having married Dad in the first place, and flung myself on the bed.

THat bed was one of the precious few my feet don’t stick out of and sadly I had to leave it when I left home. At collage, studious students wonderred why I had no books. I meanwhile was using stacks of them to extend the bed. I should have been as imaginative with my (short) duvet. A guilty secret was all too literally exposed when my housemates saw me tucked up one night. When the hilarity had subsided: I was reminded that I’d always insisted that sock in bed were the pits. ‘But who wants  girl with coldfeet?’ was my only defense.

Beds with tailboards present still worse problems. The one in my next rented room must have been built in it. I couldn’t dismantle it. I couldn’t ignore it and i certainly couldn’t get any sleep in it. So we piled the bases of the other beds in the house on top of it and my feet stuck out over the tailboard. While housemates slept in ethnic bliss on mattresses on the floor, my bed resembled the one in the fairy tale of the princess and the pea.

Smarmy Medics still sidle up at parties offering to chop out a chunk of limb, but follow this up with enqueries as to my reaction to shorter men. I seem to have crowed a divide between small boys nightmare and small man’s fantasy. So, for the record , the weather up here’s fine, thanks, the view’s good too and I do not, nor have I ever, fancied Dudley Moore.