In the past fortnight, the following shows have taken place in New York: Calvin Klein, Diane von Furstenberg, Yves Saint Laurent, Stella McCartney, Pucci, Céline and Lanvin. A few weeks before that, the latest Chanel and Dior collections were unveiled in St Tropez and Shanghai, respectively.

None of the events was connected to the industry’s biannual fashion weeks – the collections were cruise shows, a between-seasons niche that industry insiders estimate has grown to account for 70 per cent of designers’ annual clothing sales.

The term “cruise” entered fashion vocabulary in the late 1970s, when designers created ready-to-wear holiday wardrobes for wealthy customers who would spend the winter months in the Mediterranean, Florida, or on board cruise ships.

Three decades on, cruise has become such a big money-spinner that there were rumours of Milan and New York vying to claim the concept and stage a “cruise week” in May to rival the ready-to-wear calendar. But last year’s recession hit and it all went quiet. Had the cruise ship sailed?

Not entirely. But it is increasingly clear that cruise shows are entering new territory. Unlike the classic women’s wear shows, which are tied to specific cities, cruise has no such restrictions. A show can be staged where the money is, and in a way best suited to make that money respond.

Take Chanel. It recently held a cruise extravaganza in St Tropez, following shows in Santa Monica and Miami. According to Bruno Pavlovsky, Chanel’s president of fashion: “Travelling is a way to feed the imagination around a brand, and to renew its vision.”

Sidney Toledano, Dior’s chief executive, agrees that holding shows away from conventional venues can be beneficial. “These days, we need to show outside Paris. We needed to do something in China, which is obviously a key market. May is the one month in the year when our teams can travel together, and this presents the perfect opportunity to do a show abroad.” Hence Dior’s lavish show held last month on the Bund in Shanghai, which saw John Galliano tote a vast entourage including a hair and make-up team, models, film stars Marion Cotillard and Charlize Theron, and hatter Stephen Jones, all the way to China.

The Dior collection featured simple day dresses, jaunty stripes, skinny pants and pretty cocktail frocks, all shown with distinctly wearable mid-heel shoes – in other words, clothes that the still-new-to-French-fashion smart Shanghainese could immediately imagine wearing themselves. As Stephen Jones puts it: “People said to me: ‘Are you taking really extraordinary hats?’ but I told them no. Cruise is about hats to take away on holiday. It’s about freshness and simplicity.” And increasing sales of merchandise, from November right through to the following July.

Cruise shows also reveal a company’s strategic direction. Hence brands that have staged big productions in the past, such as Gucci, might choose to go quiet for a season or two. Alternatively, a brand might work on its relationship with its customers – as Valerie Hermann, chief executive of Yves Saint Laurent, which staged a small cruise show in a salon at the French consulate in New   York, explains. “We felt it was time to be a little humble,” she says. “Also it was time to be close to the viewers, not up on a pedestal.”

Some in the industry argue that keeping cruise collections off the catwalk altogether can be more advantageous. Tom Chapman, co-owner of Matches, which has 14 stores across London stocking cruise lines from labels such as Stella McCartney and Céline, says: “Because cruise isn’t so exposed, it fills the need for products that are fresh. Think about it. The customer sees Emma Watson walking around in a dress just off the runway that they can’t have for six months. The whole internet frenzy, the fact that fashion images are everywhere, means that consumers have seen ready-to-wear so often, they can lose interest.”

Holli Rogers, buying director at Net-a-Porter, agrees that the attraction of cruise is its newness. “Cruise serves as an indication of next season’s catwalk trends, but in a much more accessible form,” she says.

Indeed, smaller designers, far from lamenting that they can’t afford to stage cruise shows, are relieved to create primarily for their customer rather than catwalk scrutiny. “It’s certainly a calmer process,” says fashion designer Jonathan Saunders. Giles Deacon, who shows his mainline collections in Paris, says that creating his cruise line, which he presents via appointments and a look-book, is “really good fun” and the source of “nice new ideas”.

“In terms of business, it’s the most important season,” says Australian designer Richard Nicoll. “It also allows me to experiment with techniques and themes and to test-drive them from a sales perspective before the ideas for the next show become crystallised. In essence, it reduces my commercial risk.”

According to international brand strategist Pierre Rougier, whose clients include Narciso Rodriguez, Proenza Schouler and Raf Simons, only the biggest fashion houses such as Dior and Chanel can afford really lavish cruise shows. “Few other [brands] have the resources,” he says. “That said, it creates excitement, which is good for the industry as a whole.” 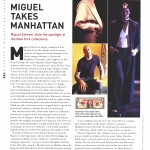 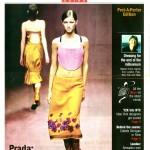 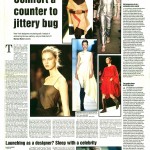 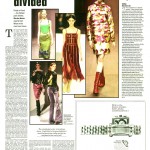 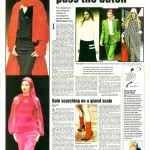 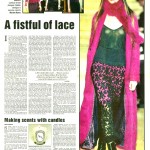 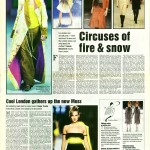