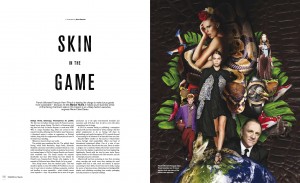 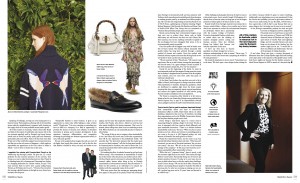 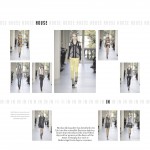 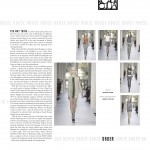 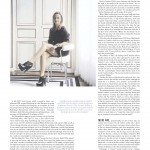 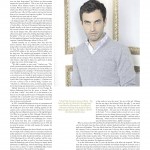 What possesses a brand to launch a new perfume in the depths of the economic doldrums, with all that investment in research, development, and bottle creation? Well, money, obviously. Although the fragrance industry might seem as reliable a way to get rich as playing the lottery, perfumes that attract a following can generate a big source of revenue for decades.

The latest name to enter this market – 200 or so new perfumes are launched every year – is Balenciaga, the couture house created in Paris in 1937 by the Spanish-born Cristóbal Balenciaga and owned since 2001 by the Gucci Group. An urban modern floral perfume (heady with violets but not remotely reminiscent of grandmothers), Balenciaga Paris, which launched exclusively in Harvey Nichols in the UK in January, is the label’s first significant perfume since the creation, just after the second world war, of Le Dix, named after the house’s address at 10 Avenue George V.

The global fragrance market was worth, according to market researcher Euromonitor, $24bn in 2008, of which prestige fragrances are thought to account for $16.54bn. However, 80 per cent of new perfumes will have a commercial life of two years at most. Some of this is deliberate – celebrity perfumes positioned to make a fast buck, for instance.

Coty Prestige, the fragrance giant responsible for Marc Jacobs, Calvin Klein and Chloé perfumes, is now working with Balenciaga under a licence contract. Michele Scannavini, Coty Prestige’s president, says of Balenciaga: “Not many brands that are both interesting and edgy today have such a history. I believe this can become a cult and then a classic.” Within the fragrance industry a “cult” perfume is one that survives 24 months; it becomes a “classic” once it celebrates its fifth birthday. A classic such as Chanel No 5, launched in 1921, is now the cornerstone of Chanel’s beauty business.

To help Balenciaga Paris reach both the cult and classic milestones, it has been created to an exacting brief from Nicolas Ghesquière, Balenciaga’s head designer. It has a memorable “juice” (the industry term for the liquid in the bottle), an unusual prism flaçon and an advertising campaign featuring actress and singer Charlotte Gainsbourg.

According to Isabelle Guichot, the house’s chief executive, Balenciaga is “one of the only names in fashion whose business model is not built on fragrance revenues. The name has been kept very pure and very virgin.” Well, kind of. When Gucci acquired Balenciaga in 2001, there were existing fragrance licences that ran until 2008, thanks to Cristóbal Balenciaga’s nephew, who sold the name on his uncle’s death in 1972, despite the couturier’s expressed desire that the label end with him. It then languished with the German conglomerate, Hoechst, which in turn sold it in 1986 to Groupe Jacques Bogart, which created such Balenciaga offerings as Rumba and Talisman. Remember them? Thought not.

That’s probably a good thing. Industry sources polled by Women’s Wear Daily estimate that first year retail sales of Balenciaga Paris should exceed $90m, a big figure for a fragrance that is the opposite of the breezy, clean aromas that most fragrance houses seeking wide appeal choose.

To do this, it must find buyers in North America (still the world’s biggest fine fragrance market and where Balenciaga Paris launches next week), Germany (the biggest consumer in Europe, followed by France), and Russia (where the perfume launches next month), which had a long pre-revolutionary relationship with French fragrance that has been revived. Though the roll-out is being kept somewhat niche and the scent is sophisticated, it will still need to find fans in places, such as the mall, where no one is ever going to wear Ghesquière’s slashed leather miniskirts.

The revival of the Balenciaga name in the fragrance business could also lead to an even richer income stream. Though flaçons of Le Dix can be tracked down via the internet, Cristóbal Balenciaga’s original perfume is hard to find. Guichot says: “Every day in our stores, we are asked about it. Even taxi drivers ask about the old Balenciaga fragrance. It’s a key part of our heritage.”